5 steps to protecting yourself from tick-borne illnesses 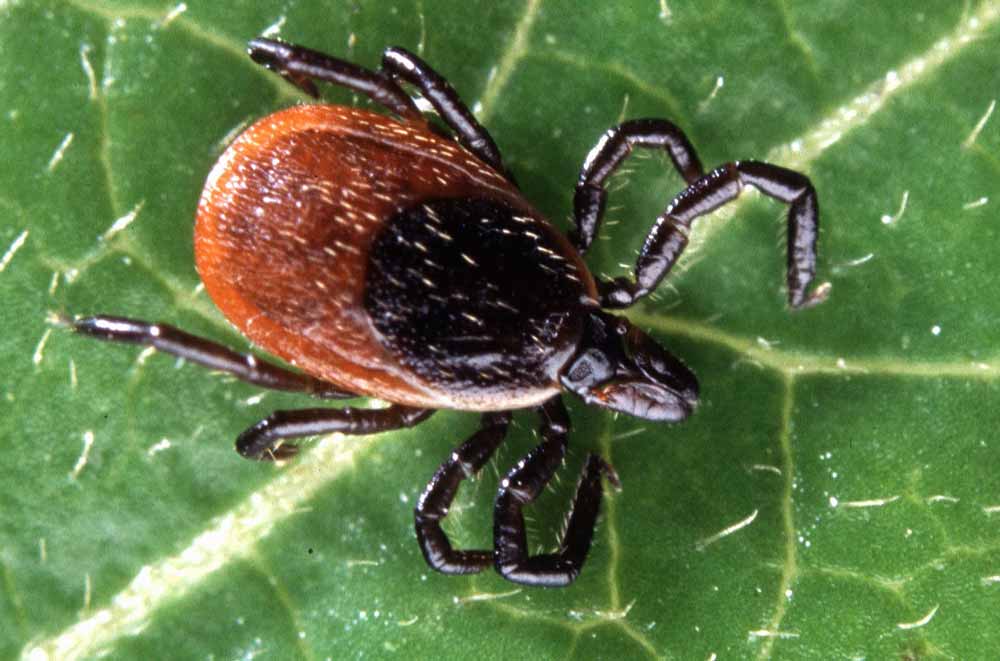 Warmer climes and outdoor times will soon beckon us to in parks and tread on trails. Meaning it is once again time to remind ourselves on that dastardly denizen of the woods and weeds, the unen-deer-ing deer tick and its sometimes payload of woe and misery, Lyme disease.

Lyme disease, or as the erudite folks say, Lyme borreliosis is a tick-borne illness that if untreated, symptoms may include loss of the ability to move one or both sides of the face, joint pains, severe headaches with neck stiffness, and so on and such like… thanks, Wikipedia. If you’d like to know the particulars a quick google search will yield volumes of material written by people who know a lot about those things.

Know thine enemy: ticks prefer humid, moist environments. Areas of wooded, especially areas with dense undergrowth, as well as grassy areas are where they wait in ambush. Frequently check clothes and extremities when hiking through those areas.

Lyme disease in Lore and Legend

Of course, what discussion on Lyme disease would be complete without a little local Connecticut lore, as my home, and the place from which the dread disease derived and departed for points all is it’s supposed origin. The lovely coastal community of Old Lyme. The local lore tells us of Plum Island, which is in New York actually and the horrors and intrigue of Lab 257 (insert ominous low orchestral here).

Once upon a time, legend says, the Official Government Department of Devious, Dirty and Dastardly Tricks and Things (DoDDDTT for short), sent some scientists and soldiers there. The scientists to fiddle about with a little of this and a little of that. The soldiers were of course there to encourage enquiring minds to enquire about other things in other places. They even say some of those scientists had lots of experience fiddling about while they were working for this other guy’s DoDDDTT back when they lived in Germany. You know the guy, the one with the funny mustache.

And so. This thing led to that thing, the other thing happened and… you get it… Lyme disease. Though I suppose we should call it “Plum Disease.” Old and East Lyme are such nice communities, why should they get the blame?

It is only a conspiracy theory, if true we can all be grateful that the symptoms don’t multiply causing us to die horribly three days after a tick bite. If not it is a good story.

Steps to take to guard against ticks

The real right now thing you need to know is this: It’s bad. You don’t want it. You don’t want anyone else to have it. Even the people you think might deserve it.You can, by following simple steps, eliminate, or at least minimalize your chances of getting it

If you find one attached

It isn’t the end of the world, nor do you have to rush to the ER. Simply remove it. It takes a tick being attached for many hours before it will pass Lyme disease. Simply remove the tick using the appropriate method for its location on your body. Do use an appropriate method. They tend to leave their head behind out of spite if you aren’t careful. Pay attention for any symptoms and seek medical attention if symptoms appear.

Did you know?
The life cycle of a deer tick is 2 years. Ticks carrying Lyme disease are typically in their second year.

Last year I was hiking with a friend from China, who loved walking outdoors and exploring our forests and parks while he worked here for a short time. We were walking along, and I reminded him. “Make sure you look for ticks.” He looked at me funny and asked: “What is that?” Then he whipped out his dictionary app and had me spell it. After reading for a few minutes, he said “Ahhh. Thank you.” I noticed he started checking kind of often.

John Atkinson is a writer, web designer and nature enthusiast who lives and walks in New England.