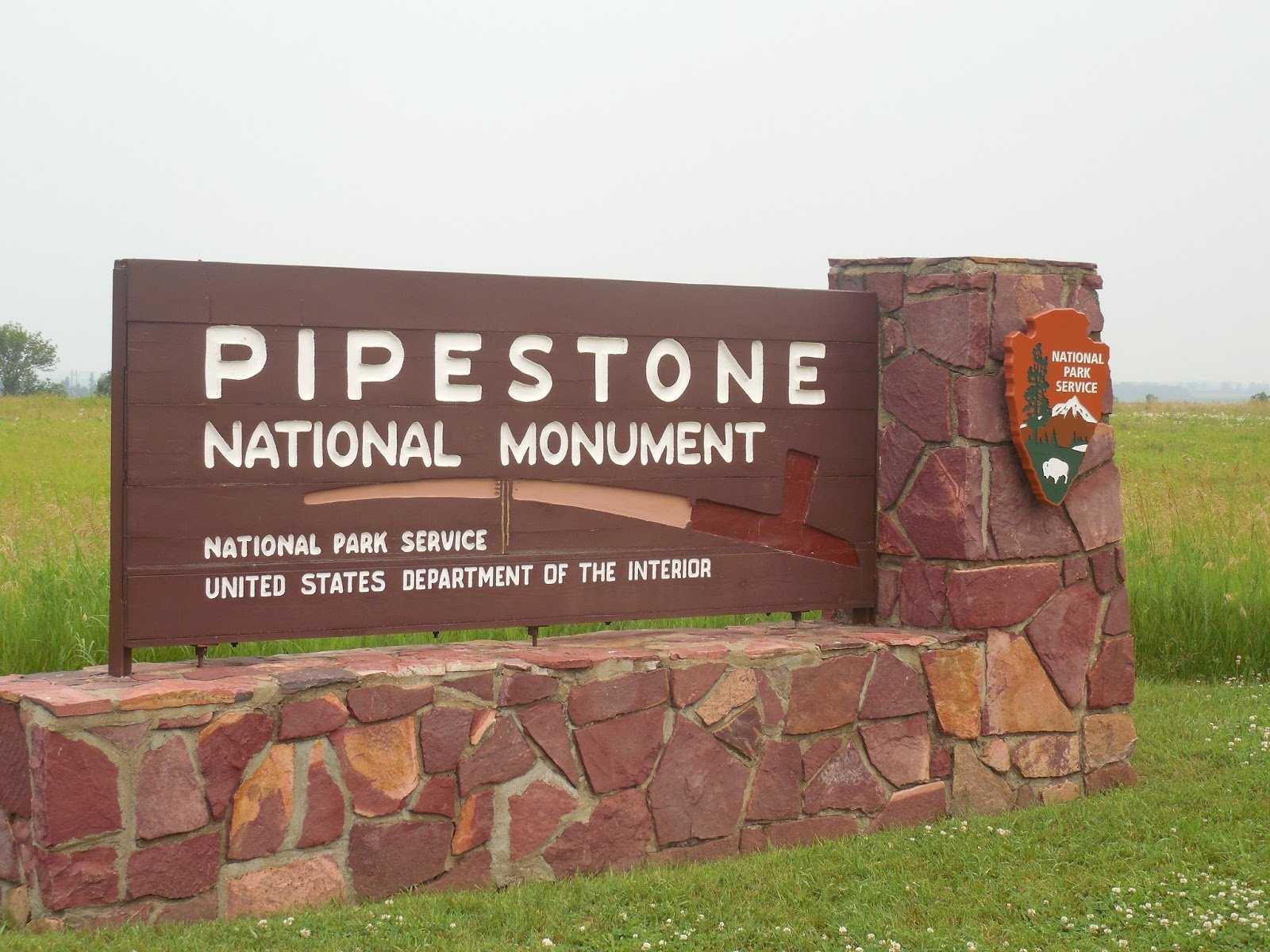 Hello everyone,
I was online today and was asked the following question

“What was one touristy destination that pleasantly surprised you?”

I don’t know if you can consider this a “touristy destination” but Pipestone National Monument in Minnesota immediately came to mind.

I remember traveling around the mid-west and I saw a brown sign for Pipestone National Monument and thought, “hmm I wonder what that is all about?” It piqued my curiosity enough to select a campground nearby to check it out. I was expecting a monument, a structure or a statue of some sort that talked about whatever Pipestone is. I was thinking something like it was a memorial to people working on a pipeline or something.

When I got there, I was delighted to discover that it was a full-service National Park. I go up to the visitors center to get my National Park passport stamp and discovered that there was a film about Pipestone and artisans that were working with the Pipestone. Pipestone is called Pipestone because the native people craft their Chanupas (or Peace pipes as the white people call them), out of the stone. Although I now call them a Chanupa and hopefully so will you, now that you know what they are really called.

Pipestone has a mystical lore all it’s own. To paraphrase the story from the film.

There was a great flood and the flood was creating havoc everywhere. People were dying. There was one girl that kept moving to higher ground and luckily she was able to outrun the rapidly rising flood waters. She ran higher and higher until she discovered that she was the only person left at the top of a mountain. Everyone else had perished in the flood and the water ran red with their blood. After a time, she sees a giant eagle in the sky that transformed into a man as it flew down to earth. The two of them ultimately repopulated the earth. The Pipestone is made from all the blood of the people that perished in the flood.

They believe that when you smoke the pipe you pray and the smoke takes your prayers to the Great Spirit.

The shape is important!

I learned that the shape of a Chanupa is important and determine who smokes it. The “L” shape ones are for women to smoke. The lore states that it is this way because women are already born of Mother Earth and therefore do not need an extension to get closer to her.  The “T” shaped chanupas are for men because men need an extension at the end of the pipe to get closer to Mother Earth. When you purchase a Chanupa it should be blessed by a tribal elder or Shaman prior to ceremonial use. A Chanupa is only to be used in sacred ceremonies. The bowl of the chanupa and the stem should only be joined at a sacred ceremony.

The properties of Pipestone:

The stone is a red color and fairly soft as stone goes. So it should be easy to mine, but no, the stone is always embedded in layars of very hard pink quartize. The job to mine the Pipestone is not made easy. It takes great endurance, stamina, and perseverance to get to the stone. I got to watch a young man mining the stone and I can attest to the amount of physical excersion that is needed for this task. It is as much a spiritual journey as it is a mining expedition and is treated with the utmost reverence.

Along with the story of the stone and it’s significance to the native people, there were native artisans working with the Pipestone at the visitor’s center. They were carving it into animal shapes jewelry and pipes. The artisans were great to watch and also good about answering questions for tourists. Some of the pieces that they carved were available for sale at the gift shop.

But wait there is more!

There is also a great walking/hiking path. It had a tall grass prairie area that had plaques that identied what the plants are. Then it looped around to a more wooded area with a little creek running through it with a waterfall.

I found more lore at the waterfall. There appears to be a face of a native person on the side of the rock face. It looks like a smaller version of the man in the mountain in New Hampshire.

All in all, a great experience and nice respite from the road. If you are out that way, I would encourage you to take a few hours and put this place on your list of places to visit. You will not be sorry, it is a wonderful little gem of a National Park.

Here is the website for the Pipestone National Monument.