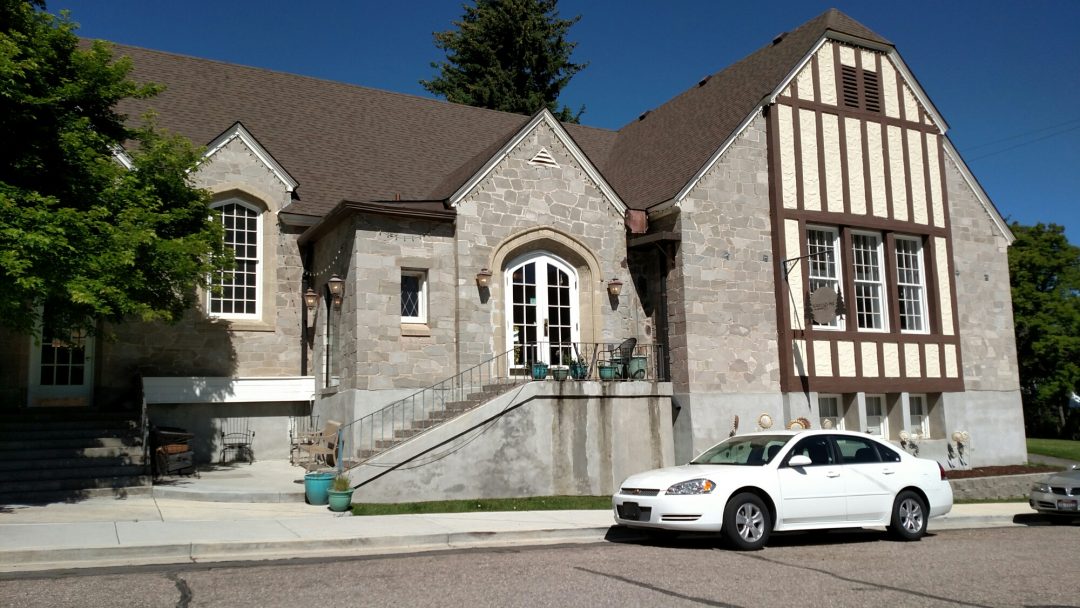 I have said on more than one occasion, and totally believe, that if you see certain key words in a title of a place, those places totally don’t suck. Those key words are Island, Harbor, Bay and  Shore. I’ve decided that I’m adding Hot Springs to the list. I’ve been to a couple of places with Hot Springs in the name and I have to say they are very pleasant places to be and Lava Hot Springs Idaho is no exception. True to my traveling without any particular agenda, someone said to me about a week ago “Hey, Margaret, You should stop in Lava Hot Springs Idaho on your way north. ” My classic response is – “OK” I usually think “Hey, why not?” I’m glad I did. It’s a lovely little town and the only word I can come up with to describe it, is sweet. Not the kind of enthusiastic SWEET that guys think just as they see the car of their dreams, or when they think they are just about to get laid, no this is the wholesome nice and cute sweet. The town is celebrating their centennial this year (2015) with lots of shows and activities planned for this season. There is a quaint downtown area with that old/new west feel. Outside of the downtown area with a couple of Native american trading posts, a few hotels, bars, a couple of  diner(ish) type restaurants and a ice cream shop,  there are also many cottages for rent. The town consists of a large water park and as you turn into the road for the street to the town you go under a bridge with people in bathing suits and inner tubes waiting to go down the big water slide. There are pretty green parks with playscapes, and picnic tables, a well interpreted museum with a very comprehensive history of the town and surrounding area, and of course there are the hot springs. There are a couple of establishments that have smallish swimming pools with the hot springs water where people bathe and essentially simmer themselves in the hot pool. There used to be mud pots in the town but they were converted to pools a while back. I was also told that the pools on the west side of town were hotter than the pools on the east side of town as they are further away from the heat source in the east. Most visitors are walking around in their bathing suits during the day, which at first it just seemed odd to me as we were surrounded by mountains and desert and

were nowhere near a large body of water but then I realized OK, Hot Springs. There was a tubing company for the nearby small river. As my RV is in the shop, I had to decide where I was going to rest my head for the night. So I googled “Places to stay in Lava Hot Springs” I ran across the Greystone Manor a wonderful bed and breakfast nestled in a residential area of Lava Hot Springs. It was fairly affordable as BnB’s go these days. I can remember when BnB’s were the cheap option opposed to going to a hotel, with those days firmly behind me I was pleasantly surprised that the price was as reasonable as it was. Of course I wait until the day I’m arrive there to make a reservation. I was lucky to be there on just the right night when there was an opening, the next night, they were fully booked. I got put in the French country room which was beautifully appointed. The breakfast was quite lovely and I enjoyed every bite.When I arrived they informed me that breakfast was at 8:30. As I typically like to sleep in and take my time in the mornings, I ask “8:30 to when?” They looked at me dead on and said 8:30 to 8:30. I whined a little about the time and wanting to sleep in. They offered to hook me up with a bag breakfast. As the kitchen was less than a stones throw away and open to the hallway and adjoining dining room one way and the same distance to my room, so that the food preparation noise traveled down the hallway and would wake a person up anyway. I really liked how the kitchen was open to everything. It became sociable as the folks working there could converse with guests as they worked. It’s a beautiful kitchen with 9 panel windows that open out to the hallway which gave us the access to the people in the kitchen. The breakfast table was set specific to the # of people in each room and there was a table just for me with just one place setting. There are custom paintings/murals with a landscape of a Tuscany(ish) area on the wall which I thought was nice. Breakfast was nicely presented in multiple courses. First was a hot grain meal with fresh fruit like grits and oatmeal, it was alot like cream of wheat only darker. I asked the gentleman several times what it was and I kept thinking it was something I had never heard of, after asking 3 times I just gave up.  There was a nice couple in the table next to mine from Tucson AZ. They were marrying off a child the next day at Greystone Manor there and had come early. I thought it was a beautiful setting for a wedding. Which is why I was fortunate to be there on the day I was there as they were booked for the remainder of the week. The second course was scrambled eggs with spinach and fried/sauteed polenta.  It was very good. A great experience, the owners/managers were very social, the place was beautiful and the grounds were lovely. I highly recommend staying there if you are going through the area.