Are you a CT or RI beach person? 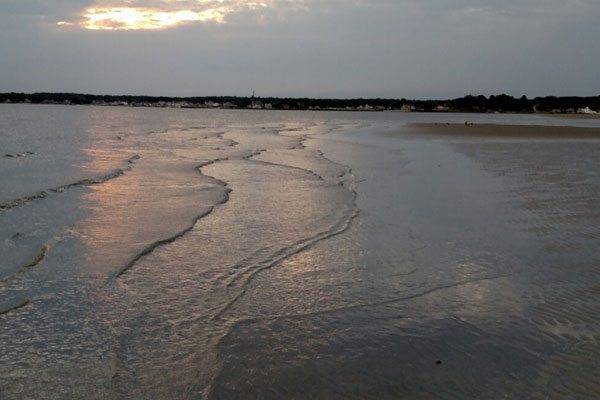 CT is in a no mans land, stuck between NYC and Boston Mass. The inhabitants of CT are used to dividing ourselves between lots of things, most notably between sports teams of the two big cities. People from CT also divide ourselves in other ways as well. One of them is by identifying which side of the CT River you are from. The CT River divides the state into two parts, west of the river and east of the river and there are many people that refuse to go to one side or the other. Finally there is a debate that often gets waged in Connecticut and that is if Connecticut has real beaches or not.

With 400 miles of ocean front property Rhode Island boasts some great beaches. Most folks that go to Rhode Island beaches, love to go to Misquamicut or East Beach.

With 400 miles of ocean front property Rhode Island boasts some great beaches. Most folks that go to Rhode Island beaches, love to go to Misquamicut or East Beach. Be warned, if you get to a Rhode Island beach after 8:00am expect to find parking to be a bit of a nightmare. I love camping at Burlingame Campground which is a state park that is very close to to East Beach in Rhode Island. I also love the Fishermans Memorial Campground in Rhode Island. The campground is situated on a salt water march and a short walking distance to the beach.   This campground has amenities much like privately owned campgrounds. Concrete pads for RVs, tennis and basketball courts. Another more interesting camping and beach experience is that you can go camping at the Charlestown Breachway.

In 1904 the good people of Rhode Island said we want to cultivate oysters. They had developed breachways that did not last because the ocean tides would wash up and deposit sand that effectively closed off the salty water supply to the ponds, so to be badass they just had to tell the ocean whose boss. They decided to put in a permanent breachway so that the salty ocean water could gain access to several large ponds including the Ninigret, the Pawaget and the Charlestown ponds to cultivate oysters.’ By building a permanent breachway it allow the water of in the ponds to be brackish. Brackish water is water that has a mix of salt and fresh water.

Camping at the breachway is essentially camping on the beach, the only catch to staying on the breachway is that you have to be self-contained, you must have an RV with a toilet and holding tank although they do provide composting toilets in the list of amenities. There is no tent camping there although I have heard from a friend that her son had camped in a vehicle.

For my New England Peeps – Which beaches do you prefer CT or RI?